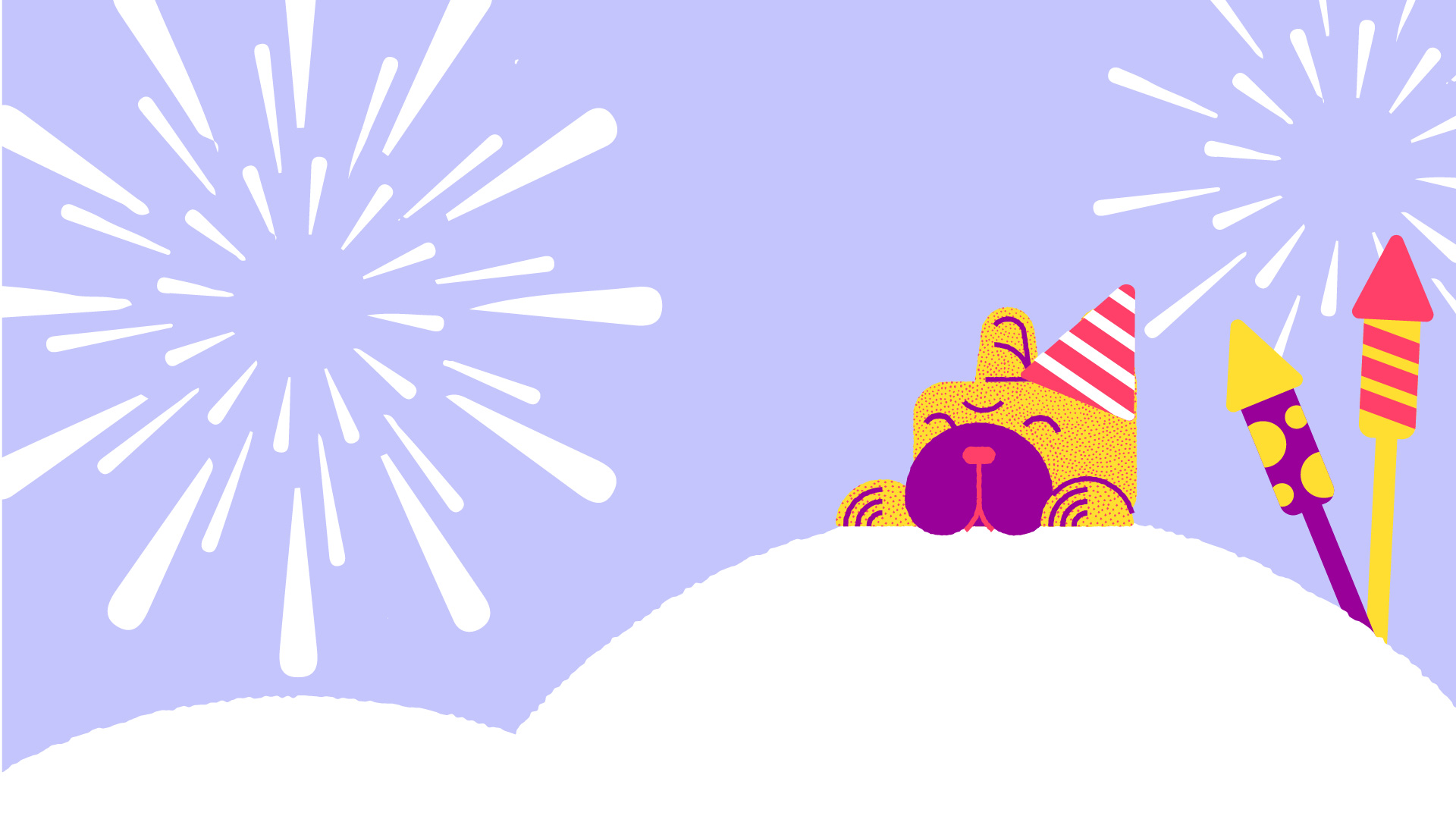 CREATIVITY IS OUR BREAD AND BUTTER

2022 has been the best year for interactive advertising (so far!). From engaging conversational formats to full-on gaming experiences in banners, we at Cavai have had the privilege to work on some of the coolest ads.

This year we’ve produced hundreds of creatives on six continents, and the creative variety has been massive. Picking our favorites was not an easy task, but we gave it our best. Creatives become our favorites when we:

Since seven is a lucky number, let us humbly present seven of our best creatives of 2022, according to our creative team!

At the time of writing, this campaign is still live! This is inspired by a campaign we’ve done before (read the case here!), but we wanted to make it even better. The BMW Advent calendar is designed to engage consumers with daily quizzes leading up to the holiday season. This campaign is not only unique and interactive, but it is also convenient for the advertiser – one creative, but with 24 days of unique interaction.

Each day, a new quiz is added to the calendar, providing people with a fun  way to participate in the holiday season. The quizzes are easy to access and do not require any special knowledge or skills to complete. This makes the campaign accessible to a wide range of viewers, regardless of their interests or backgrounds.

Even though the execution sounds laborious, we also wanted to design the calendar easy for the advertiser to manage. The campaign is set up in a way that only requires a single tag per format, which means that the advertiser does not have to spend a lot of time and effort on managing the campaign.

Overall, the BMW Christmas calendar is an innovative and effective way for advertisers to engage with consumers during the holiday season. The daily quizzes are sure to capture the attention of viewers and provide an enjoyable experience leading up to Christmas.

Sometimes, all the interaction needs is one question. For the launch of the new women's fragrance PRADA Paradoxe, PRADA wanted people to get engaged with the new refillable scent around Christmas time.  With this creative we were able to communicate with three different variations of the product, therefore serving three different personalities.

We got users to be immersed with their senses by asking what type of scent they prefer. The creative had a hover effect which changed images as you’d hover over the choices. Using the iconic ingredients we enticed users to discover more about the fragrance and collection.

This was a campaign for November which was such a success that they extended the booking to also run in December. Short and snappy copy and bold images led to the success of this campaign. This creative also got approved by the client without any feedback or creative amends needed, this indeed proves that we are trusted conversational experts.

Subway’s Shrimp Surprise flavor launch is wacky, and it almost begs for interaction. The format we decided to go with is Cavai Chatbox, where the creative is on the publisher’s page as a sponsored expendable format.

This was one of those eye-opening ads for us, in terms of what the campaign as a whole said about the potential of a Cavai ad. Firstly, the video asset was absolutely ridiculous (in the best way) and fun to watch, and we aimed to bring the best of the video out in the ad. What’s interesting about this one is that it doesn’t act like a product ad. It doesn’t even really act like a quiz ad, although it looks like one.

Despite the topic being a new flavor of fast food, the product image isn’t shown until way at the end of the conversation. In terms of the questions asked in the quiz, every single answer leads back to ‘Shrimp Surprise’. So the audience knows what answer to expect, and they haven’t seen a single sandwich! Yet, a large majority of them chose to continue with the ad all the way to the end.

The verdict? As long as the content is interesting (even if it’s totally absurd), people will surely engage. Subway’s Shrimp Surprise is such a good case for making great creatives from the least obvious angle.

Since the format is expendable, you can check it out over here!

When the ad agency for Philips came to us with the request for a shopping assistant banner, they had a pretty clear idea of what they wanted to communicate. Philips wanted the ad to help the user find the best toothbrush for them based on their needs and budget. This resulted in the following flow. The first question in the flow defined what the user was looking for in a toothbrush and the second question framed the price the visitor was looking for.

The copy however was the only thing set in stone. Regarding the visual design,  we could do what we wanted, as long as it was polished and on-brand. The way the design of the banner came to be was a team effort. Cavai’s creative team collaborated on how to ensure the vertical ad format made the best of its limited horizontal space, while still emphasizing the interaction.

This ad was especially fun to work on, because we had a lot of freedom in the campaign. Here at Cavai, we have found out that the more creative freedom we get for executing the visuals, the better outcomes we usually get for the interactions. In this case, the banners performed nicely and left the customer happy, which is just what we want: Cavai ads exist both for consumers exposed to the  ads, and of course for the advertisers.

We always have the most fun when a client understands and plays to the strengths of what a conversational ad can do. In Blackrock’s case, the client was willing to experiment with pure insights and engagement gathering, which resulted in producing an ad that looks distinctively different from what you’d expect a typical investment firm to make. And the results sang the same tune.

With appealing visuals and a conversation that was designed to let consumers feel heard, we saw high engagement rates from the start of the conversation all the way to the end. On top of coincidentally launching this ad the same week everything went down with the whole FTX debacle, the stars aligned on this campaign and it was deemed a resounding success.

We often find that a classic conversational ad is still the most effective solution for our advertisers. The M line Green Motion campaign aimed to promote the advertiser’s new type of mattresses, which were  designed with three top layers to promote sleeping comfort. Our challenge here was to make mattresses interesting for an audience, which didn't know they could be interested!

In the ad, Circular asks the user whether they would prefer to sleep on concrete or on clouds. The Modular version asks the user to pick one of four keywords to describe the mattresses.

"The M line campaign ended up with interaction rate and CTR way above benchmarks. Interestingly enough, the two different creative approaches didn’t show significant differences in metrics, which I think in this case means that the attention came from the conversational creative and its appealing interactivity, not the specific wordings."

Overall, the banner is an interesting take on what most people would agree is a fairly “dry” product. It was fun to make and build – and as the cherry on top, the small yet powerful animation around the mattress catches the eye in a subtle way, while indicating that mattresses are also worth your time and attention.

Elvis Goes to the Movies

We’ve mentioned it before, but we really love making quizzes. This year’s campaign for the Finnish SF Studios was such an exciting brief – to make people invested in the upcoming Elvis movie.  And if we can say so ourselves, we did that – and it turned out this campaign was one of our favorites for this year for two reasons.

Firstly, the creative perfectly highlights the many capabilities that Cavai’s technology can provide to advertisers: it's creative, engaging and grabs your attention. All these attributes almost magically enrich the brand experience, and help keep the advertised product (in this case, the movie!) on top of people’s minds.

Secondly, the Elvis quiz entertained not only the die-hard Elvis fans, but also the part of the audience that were not familiar with the legend himself. The creative then introduces an experience,  giving a new demographic some insights into who the King of Rock was. The experience was truly engaging: thousands of people gave the ad attention for a time that was way above market benchmarks.

We’re grateful for all of our advertisers, agencies and other collaborators that have made all these creative feats possible. Creating interesting interactive advertising is a task where we cannot find the solutions just by ourselves. It’s fundamental that we gain the understanding of what we’re advertising and to whom – and we can only gain these insights from the experts in their field.

These creatives will fill us with pride until new challenges in 2023! 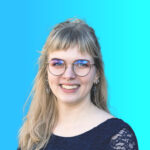 What we've been up to